The thriller follows a former bank robber who turns himself into authorities, only to be set up by Courtney & Ramos. No spoiler alerts but the song bad boys, bad boys, what you gonna do.... came to mind with these crooked cops.

Honest Thief actually got a cinema release overseas (which is rare these days) and felt to me like Unhinged. A special plot, but a return to more regular B grade action films that can actually get an audience. For my mid Sunday session, it was actually fairly well attended. At least half the small cinema was full. This compared with one person (me) in the last three films, this is a solid result.

Clocking in at under 100 minutes, the film does not waste time with getting to its car chases and action sequences. I love how Liam Neeson and Jai Courtney just dust themselves off falling out of a level two hotel room window.
Honest Thief is nothing super original but it was a decent trip to the cinema. If B grade action films are your thing, which for me, they are!
3 Stars.
Posted by Randy Andy's Weak in Review at 7:29 AM No comments:

Celebrating the brilliant Great Gable from Bunbury, Western Australia has been a while coming. The four piece released their debut album Tracing Faces back on 7 August 2020. Yes it's taken me a while to feature Alex Whiteman, Matt Preen, Chris Bye, and Callum Guy. But better late than never.

Following three EP releases in 2020 their singles, All My Friends and Blur gained significant air play on  Triple J.

Great Gable are also nominated for the West Australian Live Act of the Year at this years National Live Music Awards.
So let's discover your next favourite Australian act. Could it be Great Gable? See you next week for another great act under the (Mini) Monday Spotlight. 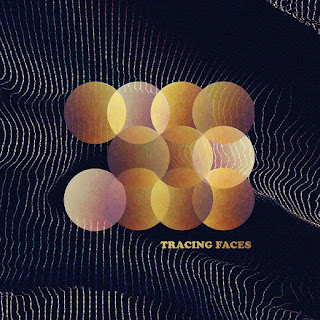 Posted by Randy Andy's Weak in Review at 8:22 AM No comments:

Amazon Prime dropped a Mulan sized bombshell this weekend with the release of Borat Subsequent Moviefilm: Delivery of Prodigious Bribe to American Regime for Make Benefit Once Glorious Nation of Kazakhstan.

Vice President Mike Pence is the main target, however its Rudy Giuliani causing all the headlines for all the wrong reasons.

The sequel to hit 2006 film Borat: Cultural Learnings of America for Make Benefit Glorious Nation of Kazakhstan. This film comes at a time when the world is watching America shaking their heads and asking why?

Following Who is America? Baron Cohen gives to the small screen once again bypassing the major theatres. Following the Netflix film The Boys in the Band, I have been doing cinema different this weekend.
Now depending on which side of the political fence you sit on this may rub you the wrong way. Like if you read into QAnon this might not be for you or if you think indeed Trump is making America great again, maybe flick on some Fox or Sky News (after dark).
Borat has always been wrong and crossed lines but the second in the film series appears to really push the envelope. I enjoyed this film as it was a super easy watch and the headlines really drew me in.
Amazon Prime did well to score this. Surely this will help with subscribers numbers whilst Jack Ryan and The Boys have now concluded their recent seasons.
Cinema has 100% changed in 2020, from Netflix original films being considered second rate now to be former big screen giants landing exclusively on the small screen.
Borat Subsequent Moviefilm: Delivery of Prodigious Bribe to American Regime for Make Benefit Once Glorious Nation of Kazakhstan rates 3.5 Stars.
Posted by Randy Andy's Weak in Review at 1:42 PM No comments:

The Outpost is the latest in my COVID-Cinema 2020 series.

With a steady stream of films now being released in Australia this is my second war film since the cinemas have reopened. The first was The Eight Hundred, a Chinese war film which I actually really enjoyed. So was this American story based on athe2012 non-fiction book, The Outpost: An Untold Story of American Valor by Jake Tapper any good?

The film is about the Battle of Kamdesh in the war in Afghanistan. Starring hunky Scott Eastwood, Caleb Landry Jones as well as Orlando Bloom this film also ending up overseas hitting the Premium VOD in place of cinemas.

Set back in  2006, PRT Kamdesh (later renamed Combat Outpost Keating) was a U.S. Army outposts in Northern Afghanistan. The outpost was located in a remote valley surrounded by the Hindu Kush mountains. Not long into the movie you realise the base was regarded as a deathtrap for the troops based at the outpost.;

The troops stationed there faced regular Taliban attacks, culminating in one of the bloodiest American engagements of Operation Enduring Freedom.

Throughout the film we meet some of the 53 U.S. soldiers & two Latvian military advisors based at Combat Outpost Keating. The final battle scene is huge where the US soldiers battle some 400 enemy insurgents at the Battle of Kamdesh.
It's bloody its fierce and at the end there is a respectful dedication to the real life soldiers who lost their lives during the battle. All extremely young which always seems to be the way with war. This makes it even more heartbreaking for the families left behind. The movies tries to give you a look into the lives the soldiers have left behind which adds to the emotion of the film.
If you enjoy a war film, this might get you back into the cinema. We need to support our cinemas folks, this is the third film in a row I have been the only one in the session. Yes it was an early Friday morning session, but folks let's do this. Save our local cinemas and keep some uni students within employment.
3 Stars.
Posted by Randy Andy's Weak in Review at 2:09 PM No comments:

The Boys in the Band is the latest Ryan Murphy Netflix production. This time it's not a series which is why it can be categorised under COVID-Cinema 2020. Like the new Borat film this weekend on Amazon Prime, cinemas are now being bypassed more and more often.

Based on the 1968 play of the same name by Mart Crowley, the first film version landed in 1970. So fifty years later, the film stars ta number of the cast from the play's 2018 Broadway revival. The good thing is the largely all gay characters are played by exclusively openly-gay actors.

The film landed on Netflix on September 30, 2020. Take a look at the very bitchy trailer below.

I have to say this would have really suited the theatre. It had all the hallmarks of a play with limited setting changes and a very wordy script.
Parsons is getting a little type cast now, as a bitchy older, mean gay.
Bomer is handsome AF, however this did not help keep my attention for the entire film. It's just over two hours but did feel very long!
The big question is will Murphy's next Netflix project be any good. It's called The Prom and its out mid December this year.
The Boys in the Band might help prove the point I much prefer movies at the cinemas (call me old fashioned) but we have all had enough time at home in 2020 right?
2.5 Stars.
Posted by Randy Andy's Weak in Review at 5:24 PM No comments:

Going back to 2017, it's over to Netflix with American Vandal.

Like Summer Heights High and Chris Lilley's work, this series is an American mockumentary. Airing for two seasons the show was canned back in 2018. Each season has a new story along with only eight episodes a piece.

Season One is based on a high school prank that left 27 faculty cars vandalized with dicks on them. Dylan Maxwell is accused of the crime by the school. However amateur film makers Peter Maldonado, with help from his friend Sam Ecklund, attempt to uncover who was behind the crime. Was it really Dylan Maxwell?

Season Two follows Peter and Sam at a Catholic private high school after their cafeteria's lemonade is contaminated with maltitol by someone calling themselves "The Turd Burglar." There is a lot of shit talk in season two. Replacing the talk of dicks in season one.

So is this worth a look? Well its a show for having on in the background at best. There is probably better stuff I could be watching but this was well and truly an easy watch. American Vandal has lots of poo and dick jokes making it perfect for a close to 40 year old who enjoys laughing at jokes mainly reserved for 14 year old boys with bad BO.
Posted by Randy Andy's Weak in Review at 6:39 PM No comments:

Normal People was one of the talks of lockdown for binging TV. I have finally finished the twelve episode run on STAN.

The Irish drama was a BBC Three and Hulu co production with a fair amount of male full frontal nudity.

Based on the 2018 novel of the same name by Sally Rooney, the series follows the relationship between Marianne Sheridan (Daisy Edgar-Jones) and Connell Waldron (Paul Mescal).

I struggled with the two leads as high school students, thankfully this was only for the first few episodes.

It's high drama and there are a lot of tears and feels. Was it worth it though?

The show originally aired on BBC Three in the UK in late April 2020, same as on Hulu. I can't remember when it launched on STAN but we have it now. You can stream it anytime or if you have watched it already, what did you think?

The series was nominated for four awards at the 72nd Primetime Emmy Awards.

So if you have watched everything else, maybe give this a go, it was a bit dramatic for me, however Ireland looked beautiful through the camera.

Posted by Randy Andy's Weak in Review at 7:42 AM No comments: